Orders with beer can be shipped direct to customers in Ohio, Kentucky, and the District of Columbia ONLY.

Captain Ahab is hell-bent on catching the famous White Raspberry Cheesecake, which cost him one of his kegs in a previous voyage. With disregard for his safety or that of his crew, he pursues the beast with an obsession tantamount to Cheesecake madness.

This delicious beer was a result of a Brew Experience that was donated to the 12th Annual Huntington Towpath Century Ride, which raised donations that benefit the Ohio & Erie Canalway Coalition! The non-profit organization is dedicated to developing the Ohio & Erie Canal Towpath trail as a recreational and cultural asset in Summit, Stark, Cuyahoga, and Tuscarawas Counties. 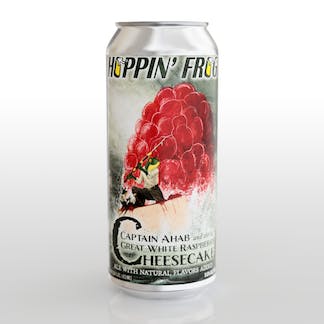